The author’s academic publications are widely available and cited, but this Japanned site includes Multimedia and creative works. Journalism is an abiding interest from childhood, starting a neighborhood newspaper in California, later minoring in journalism at the University of Hawaii, with semester-long internships in the State House of Representatives. After changing from professor to lecturer for universities and the government in Japan, the author has again enjoyed some freelance journalism, with articles including photos aimed to be interesting and meaningful.

“Dual Nationality in Japan: Learning to Love Ambiguity” (March 2019) –  the dilemma of Naomi Osaka having to choose between Japanese and American nationality toward the 2020 Olympics, and how international families (like the author’s) can still be bicultural.

Gorgeous Naomi Osaka in Osaka! She could burst into the news any day now over her decision to choose Japanese or U.S. nationality toward the 2020 Olympics. My journalistic take for fellow international families: https://t.co/Kxxcl2Un43 #大坂なおみ #大阪 #NaomiOsaka @ShingetsuNews pic.twitter.com/IutnK7G3yY

“Inexpensive Maiko Encounters and Kimono Cosplay in Kyoto” (January 2019) – a colorful look into geisha society and the costume play enjoyed by Japanese and foreigners alike.

“Japan’s Real Killers” (December 2018) – a multi-genre environmental thriller that has also been called a journalistic scoop. 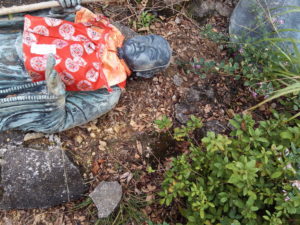 “Ms. Masuko Fujiki – Her Story: Just Graduated from University in Japan at Age 83” (April 2015) – article in a Turkish academic journal about women. 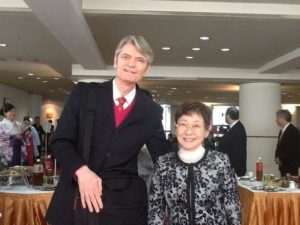 The following are some of the newspaper articles that the author wrote in English and Japanese. The main articles are bundled under Reports at the author’s HC Profile page and divided into (mostly Japan Times) English articles (or download the PDF) and Japanese articles introduced in English 筆者の日本語による新聞の記事集を直接にダウンロード .

This site is part of Humanities Commons. Explore other sites on this network or register to build your own.
Terms of ServicePrivacy PolicyGuidelines for Participation
Skip to toolbar